The Mark III optical bench was designed and built specifically for Peter's first filming expedition. He and four colleagues, fresh out of Oxford University, were commissioned by Chris Parsons, Head of Bristol BBC Natural History Unit to shoot three one-hour wildlife specials. What was exceptional was that those three programmes were destined to be the BBC’s very first colour wildlife transmissions.

Peter designed a built the Horizontal Optical Bench to enable me him to film planktonic life forms with all the optical attributes of a professional microscope, but with a great deal of flexibility with respect to size and activity of the subject. He wanted desperately to be able to track the subjects. Most of which were smaller than a full stop on this page, as they spun, glided, pulsed, spiralled and jetted themselves around the small, but contained ‘lens’ of water in which he contained them.

In front of this Optical Bench, can be seen three microscope objective lenses, each of which was 120 years old! They and a host of other priceless optics were given to Peter on indefinite loan, by a master at his pre-university school, he having been bequeathed it by his Grand Father. For Peter this was a treasure beyond his wildest dreams and those optics and their companion, beautiful Ross microscope fashioned much of both his and later Chris's life's macro filming work from that day on.

It also formed the basis of a Kodak research award that Peter was awarded six months after returning from the Jamaica expedition.

The expedition itself was a moderate success. It certainly enabled the five young filmmakers who thereafter formed Oxford Scientific Films to get to know one another sufficiently well to cement their future professional lives together. 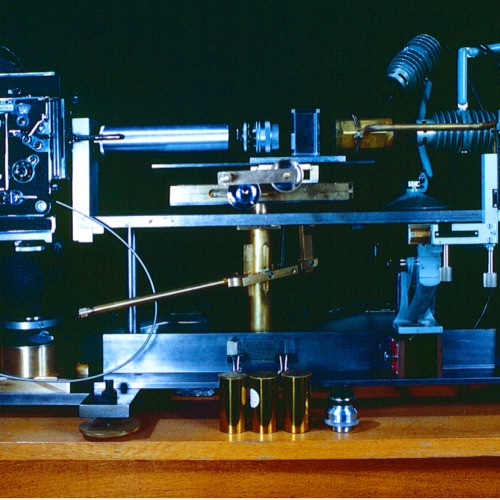