The greatest technical challenge Peter ever accepted was for Bayley Silleck’s “On the Wing”. He was asked if he might have any ideas about how to film a prehistoric Dragonfly flying through a prehistoric Jungle, as if viewed from a similar Dragonfly flying just behind it, like one fighter plane filming another.

Peter thought long and hard on that one, and devised some tests to see if his plan might work, in principle. He showed Bayley the tests, and he handed Peter back a £96,000 contract.

Peter had to composite in camera, in one camera pass, both the approaching jungle scene using a two ton overhead servo controlled snorkel camera rig travelling sixty feet down their then ‘big’ studio, while applying a foreground, fully animated, (9 degrees of freedom), servo controlled model dragonfly built with false perspective, which had to duck, weave, yaw, rise, fall, pitch, and bank - bearing in mind that the beast would fill the Imax frame, and therefore be up to 120 feet across on screen in the theatres.

They succeeded, and Peter was awarded the Giant Screen Technical Achievement Award, and later an Academy Technical Engineering Award, for the effort. 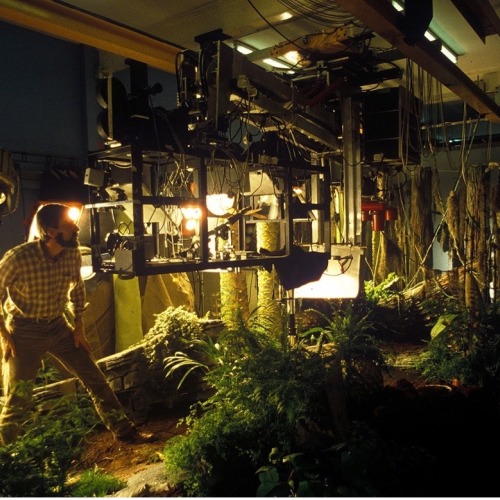 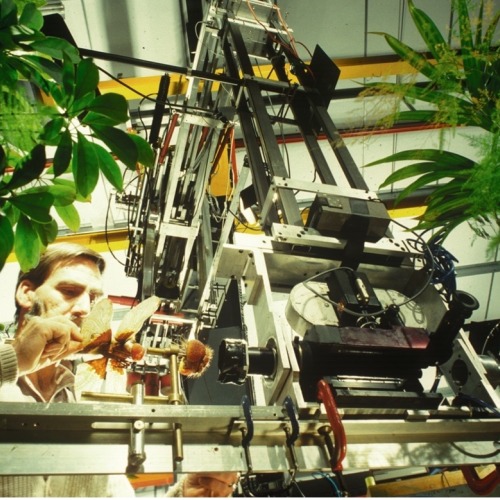 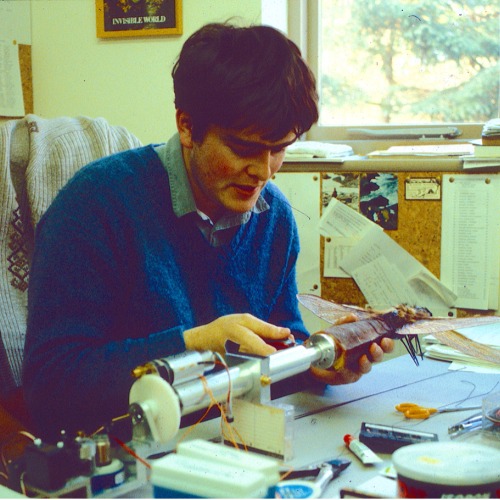 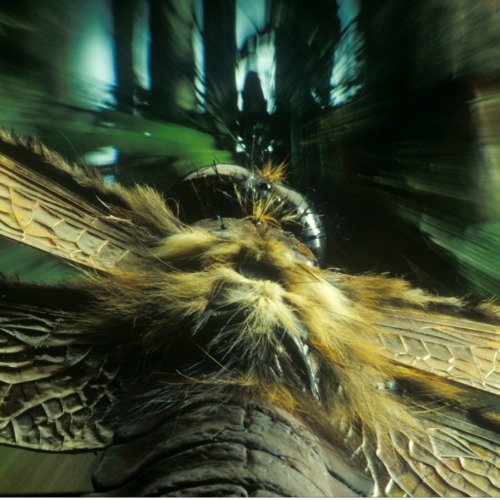