Not long after ‘Superman I and II”, “Supergirl” appeared, perhaps not so surprising, since the producers were trying to gather a franchise of super-heroes. However, this production sealed the fate of any further production. All except Helen Slater’s performance were slated by the critics, even that of Peter O’ Toole. Golden Raspberries were awarded accordingly.

For the filming of the sequence Peter and team built a glass tank sixty feet long and two foot across with walls eighteen inches high, into which they poured various specific gravity liquids, all crystal clear.

They encased the tip of the snorkel lens with a waterproof window such that they could film from beneath the liquids into which they scattered millions of droplets of oil-based pigment that floated within one or other of the liquid layers. Total internal reflection meant that the camera could never see out of the tank, but saw multiple reflections of the pigment drops, so it appeared that as it progressed down the full length of the tank, it appeared to be travelling through an everlasting, infinite sea of coloured drops, all floating freely. 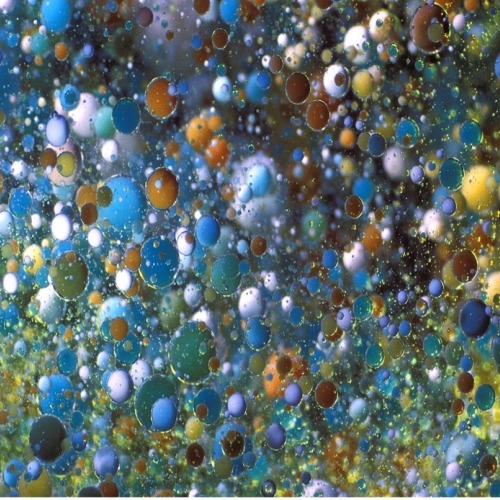